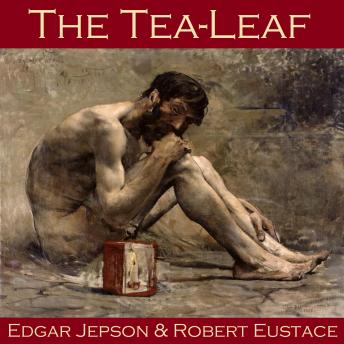 Edgar Alfred Jepson (1863-1938) was an English author best known for his adventure and detective fiction. He also wrote supernatural and fantasy stories.

Robert Eustace was the pen name of Eustace Robert Barton (1854-1943), an English doctor and author of mystery and crime fiction with a theme of scientific innovation.

The Tea-Leaf is the most famous short story of these authors and was a forerunner of the locked-room mystery. It tells the story of two former friends who now hate one another. These two bad-tempered characters argue in the hottest room of a turkish bath. Shortly afterwards, one man exits the hot room and goes to the shampoo room. Shortly after, the other man is found stabbed to death in the hottest room.

It seems clear that his former friend is the murderer...but no murder weapon can be found anywhere. In the Turkish bath, there is nowhere to hide a weapon...and it takes the genius of the murdered man's daughter to solve the mystery.