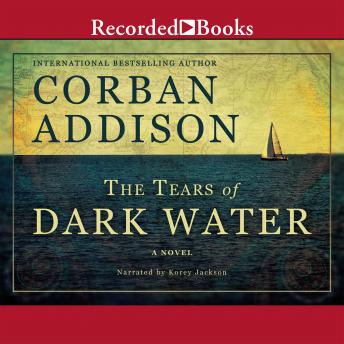 The Tears of Dark Water

Daniel and Vanessa Parker are an American success story. He is a Washington, D.C. power broker, and she is a doctor with a thriving practice. But behind the facade, their marriage is a shambles, and their teenage son, Quentin, is self-destructing. In desperation, Daniel dusts off a long-delayed dream-a sailing trip around the world. Little does he know that the voyage he hopes will save them may destroy them instead. Half a world away, on the lawless coast of Somalia, Ismail Ibrahim is plotting the rescue of his sister, Yasmin, from the man who murdered their father. Driven to crime by love and loyalty, he hijacks ships for ransom money. There is nothing he will not do to save her, even if it means taking innocent life. Paul Derrick is the FBI's top hostage negotiator. His twin sister Megan, is a celebrated defense attorney. When Paul is called to respond to a hostage crisis at sea, he has no idea how far it will take them both into their traumatic past-or the chance it will give them to redeem the future. Across continents and oceans, through storms and civil wars, their paths converge in a single, explosive moment. It is a moment that will test them, and break them, but that will also leave behind a glimmer of hope-that out of the ashes of tragedy the seeds of justice and reconciliation can grow, not only for themselves but also for Somalia itself.