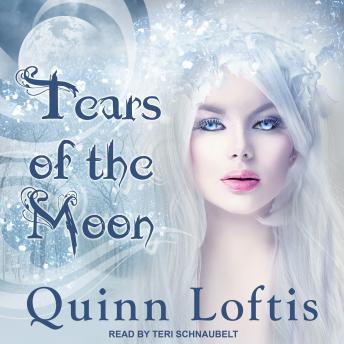 Tears Of The Moon

The Romanian Grey Wolves have been kicked, beaten, and stomped-assailed from every side. Yet, every time evil thinks it's gotten the upper hand, the wolves come roaring back to protect their own. No darkness can stand against them, especially when they fight united with their supernatural allies. But what happens when the darkness refuses to stand and fight? Instead, it flees, spreading across an entire continent, infecting the supernatural races as it goes. Will the wolves be able to stand against the hidden darkness, the Order of the Burning Claw, or will they crumble as it shakes them to their foundations?

Sally, the group's gypsy healer, is home with her pack, seemingly recovered from the psychic assault against her mind. Unbeknownst to the pack and its leaders, however, something sinister has followed in her wake. Vasile and his wolves will need the help of Thalion, prince of the elves, if they are to find a way to fight the veiled evil threatening both human and supernatural alike. But Thalion has his own mysteries to unravel. His father, Ludcarab, the elven king, is discovered alive, after having been lost for centuries. And neither Thalion or Vasile could possibly guess that Ludcarab might be the key to solving the puzzle of the Burning Claw.

Tears Of The Moon