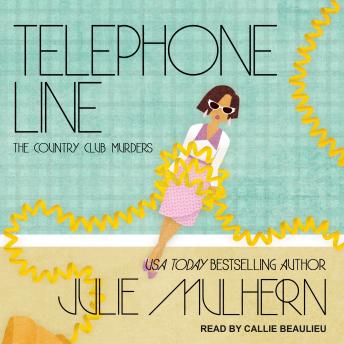 A killer is calling, and Ellison's life is on the line.

Ellison Russell is planning the event of the season-and she's stressed. Why not yoga?

Because the yoga instructor gets murdered during class-and Ellison's stress level rises exponentially. Now, in addition to raising a ridiculous amount of money, she's babysitting a deranged cat (named after the devil himself), taking ten million phone calls (most of them from Mother), and finding more bodies (they're popping up like dandelions after a spring rain).

There's no such thing as balance when the killer makes it personal. Can Ellison catch a murderer or will her next namaste be her last?