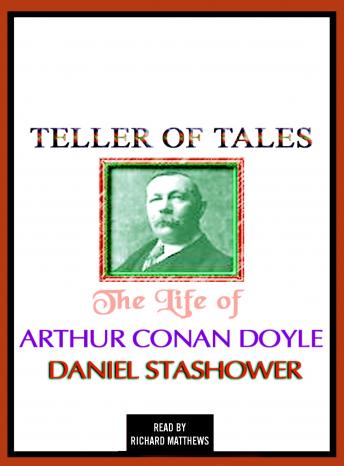 Teller of Tales: The Life of Arthur Conan Doyle

This compelling biography examines the extraordinary life and strange contrasts of Sir Arthur Conan Doyle, the struggling provincial doctor who became the most popular storyteller of his age when he created Sherlock Holmes. From his youthful exploits aboard a whaling ship, to his often stormy friendships with such figures as Harry Houdini and George Bernard Shaw, Conan Doyle lived a life as gripping as any of his adventures. Exhaustively researched and elegantly written, Teller of Tales sets aside many myths and misconceptions to present a vivid portrait of the man behind the legend of Baker Street, with a particular emphasis on the Psychic Crusade that dominated his final years—the work that Conan Doyle himself felt to be 'the most important thing in the world.'

'[An] excellent biography of the man who created Sherlock Holmes—and who would like to have been remembered for a great deal more.'—The New York Times Book Review

Teller of Tales: The Life of Arthur Conan Doyle

This title is due for release on July 10, 2001
We'll send you an email as soon as it is available!