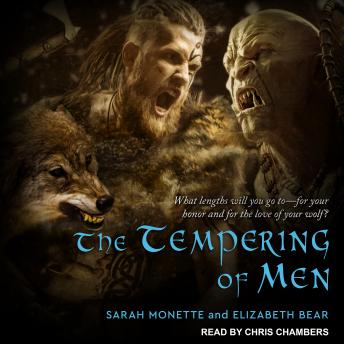 The Tempering of Men

In Iskryne, the war against the Trollish invasion has been won, and the lands of men are safe again . . . at least for a while. Isolfr and his sister, the Konigenwolf Viradechtis, have established their own wolfhaell. Viradechtis has taken two mates, and so the human pack has two war leaders. And in the way of the pack, they must come to terms with each other, must become brothers instead of rivals-for Viradechtis will not be gainsaid.

She may even be prescient.

A new danger comes to Iskryne. An army of men approaches, an army that wishes to conquer and rule. The giant trellwolves and their human brothers have never hunted men before. They will need to learn if they are to defend their homes.