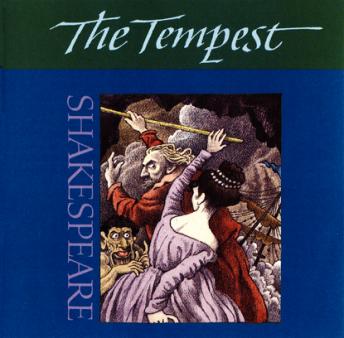 'Our revels now are ended... this rough magic I here abjure...'

In Shakespeare hinting at the end of his own magnificent career in these and others lines spoken by the great magician, Prospero? The Tempest was the last of Shakespeare's comedies, completed just before he retired to his native Stratford-upon-Avon; perhaps this delightful comedy was intended to signal the playwright's farewell to his beloved theater. The Tempest reflects Shakespeare's mature genius, with its story of innocence tempered by intrigue, hilarity bounded by melancholy. Audiences the world over still thrill to The Tempest's dark comedy and magical fantasy.

Sir Michael Redgrave and Vanessa Redgrave helped to build one of England's foremost theatrical families-- a tradition that Ms. Redgrave continues today. And Hugh Griffith is one of the nation's greatest character actors. Together, they bring The Tempest majestically to life.