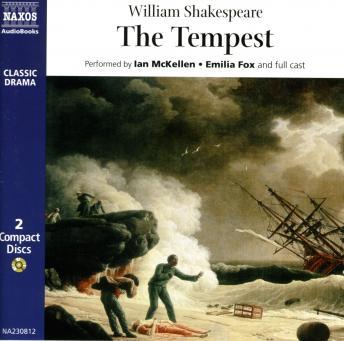 Sir Ian McKellen, fresh from his performance as Gandalf in Lord of the Rings is Prospero, and heads a strong cast in Shakespeare's last great play. The wronged duke raises a tempest to shipwreck his old opponents on his island so that he can ensure justice is done. With Emillia Fox as Miranda, Scott Handy in the pivotal role of the sprite Ariel and Ben Owukwe as Caliban, this new production, directed by John Tydeman, balance the magic and the earthiness with music playing a key role.