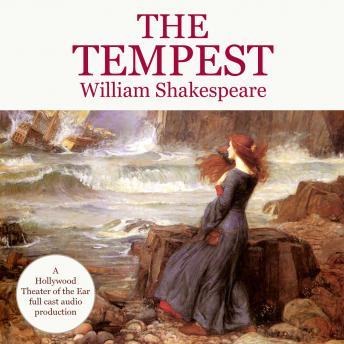 In The Tempest, long considered one of Shakespeare's most lyrical plays, Prospero, a sorcerer, and his daughter, Miranda, have been stranded on an enchanted island for twelve years. When a shipwreck—caused by the eponymous tempest—brings enemies to the island, the stage is set for comedy, romance, and reconciliation. The Tempest embodies both seemingly timeless romance and the historically specific moment in which Europe began to explore and conquer the New World. Its poetic beauty, complexity of thought, range of characters—from the spirit Ariel and the monster Caliban to the beautiful Miranda and her prince Ferdinand—and exploration of difficult questions that still haunt us today make this play wonderfully compelling.

"Now would I give a thousand furlongs of sea for an acre of barren ground, long heath, broom, furze, anything. The wills above be done, but I would fain die a dry death."—William Shakespeare, The Tempest, 1.1