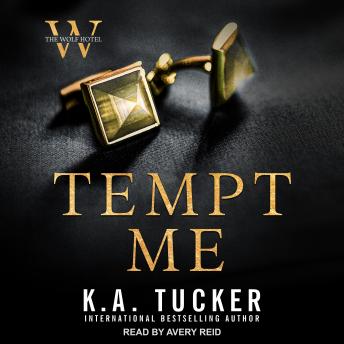 I ran from home to escape heartbreak, only to deliver myself into the hands of a wolf.

Henry Wolf, that is. Heir to a luxury hotel chain, infamous playboy, arrogant bastard . . . and my new boss.

Why he wants me, Abbi Mitchell-a girl who lacks experience on every front that would matter to him-as his personal assistant, I cannot fathom, especially when I keep messing up in the most spectacular way.

Did I already mention he's a bastard? A beautiful, moody one, who's quick to demand, slow to apologize. And toying with me every chance he gets. Testing me. Screwing with my head in a way that makes my body crave him.

He knows it, and he doesn't hide the fact that he enjoys doing it.

He says he doesn't want me for more than my mediocre computer skills and color-coding flair. He says he's not willing to risk losing his empire for a tangle in the sheets with 'the help.' But I'm beginning to think that's a big, dirty lie.