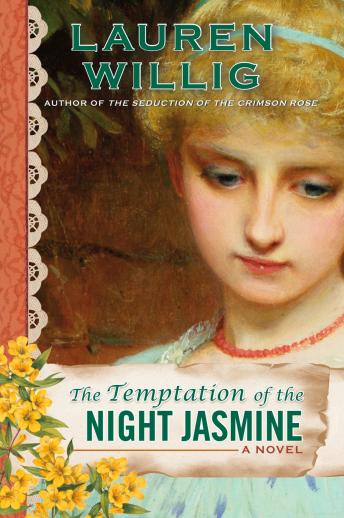 The Temptation of the Night Jasmine

After years abroad, Robert, Duke of Dovedale, has returned to England to avenge the murder of his mentor. To uncover the murderer's identity, he must infiltrate the infamous, secret Hellfire Club. But the Duke has no idea that an even more difficult challenge awaits him-in a mistaken, romantic-minded young lady.

Charlotte Lansdowne wistfully remembers the Robert of her childhood as a valiant hero among men. Too aware of his own flaws, Robert tries to dissuade Charlotte from her delusions, even as he finds himself drawn to her. When Charlotte takes up a bit of espionage-investigating a plot to kidnap the King-Robert soon realizes that she is more than the perfect partner in crime.

Caught in a dangerous game full of deadly spies and secret rites, Robert and Charlotte must work together to reveal the villain...and confront their true love.

This title is due for release on January 22, 2009
We'll send you an email as soon as it is available!