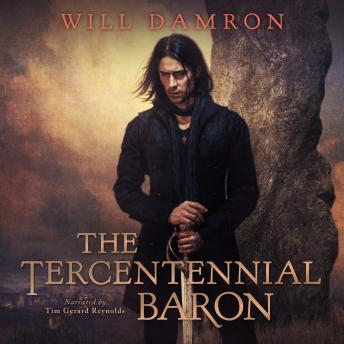 Written By: Will Damron

A vengeful, wild-eyed warrior, he’s the most sinister figure in Scottish legend. For three centuries, the Tercentennial Baron has fought his way through famous battles—then vanished without a trace. Now he’s reappeared in the quiet town of Bonnybield, where he’s about to be discovered by thirteen-year-old Percival Dunbar…

Armed with a secret stash of books on the supernatural, Percival is the only one to recognize the ghostly signs emerging around his town. When he tries to decipher them, he’s terrified to suddenly find himself face to face with the murderous Tercentennial Baron. However, the Baron reveals he’s come not to attack Bonnybield, but to save it from an ancient, demonic evil.

Through an epic journey from the battlefields of 17th-century Scotland to the underworld of Victorian London and beyond, Percival races to uncover the truth of the Baron’s past—and what it means for his own destiny.