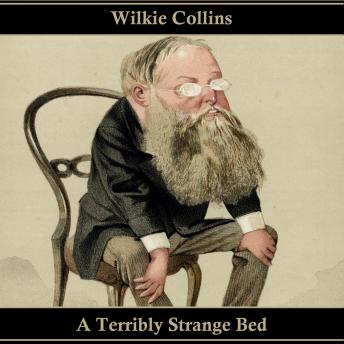 Wilkie Collins was born on January 8th, 1824 at 11, New Cavendish Street in Marylebone, London. A novelist, playwright and author of short stories, William Wilkie Collins was a hugely popular and influential figure in Victorian literature, and this was further enhanced by his charm and flamboyant lifestyle. He was a friend of Charles Dickens and eventually they collaborated on several projects and magazines. His own vast talents outshone most other literary figures of the day and he is credited with the introduction of the modern detective story with his work ‘The Woman in White’. Other notable achievements were ‘The Moonstone’, ‘All Year Round’ and ‘Amadale’. In all Wilkie Collins wrote some 30 novels, 14 plays, over 60 short stories and at least 100 non-fiction essays. He died from a paralytic stroke on September 23rd, 1889, at 82 Wimpole Street, and was buried at Kensal Green Cemetery in West London.