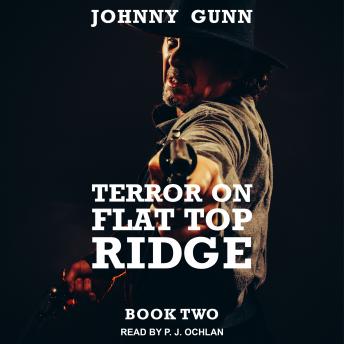 Terrence Corcoran, recovering from injuries he received breaking up a cattle rustling gang, stumbles onto a grisly scene high in the Monitor Range of central Nevada.

That discovery nets him a charming teenage girl from a ranch in the valley, an old army scout who has never lost his abilities, and some wild rides through the Nevada desert in pursuit of Humboldt Charley and a gang of murderers, bank robbers, and kidnappers.

Town marshals protect criminal elements, three county sheriffs become involved, and Corcoran discovers at least one more person from his past is looking to put him six-feet under. It was the robbing of a bank in Belmont that started the problems and the pathetic end to the gang that ended them.

Terror on Flat Top Ridge is a Terrence Corcoran western thriller sure to please.