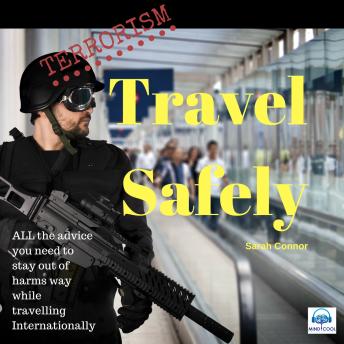 In a world where every day brings news of a new terrorist atrocity whether in an airport, on a train or bus or at a night spot, theatre, restaurant, market place, or tourist attraction, we must open our eyes and become aware of what is happening around us. Unfortunately these days if we are in public places we must be vigilant.

There is considered to be a heightened threat of terrorist attack globally against UK, European, and US interests and nationals from groups or individuals motivated by the conflict in Iraq and Syria.
Increasingly terrorists look for targets that aren't well-protected places, and where westerners can be found. These include places like bars, restaurants, shops, places of worship, tourist sites and transport networks. Significant dates, anniversaries, public holidays, religious festivals and political events have been targeted.

The risk to aviation including at airports is clear from recent terrorist attacks. No country can give an absolute guarantee of security standards at its airports, but some airports may be less able to protect against terrorist attacks than others. The UK and its international partners continue to work closely with many countries, and with the aviation industry to reduce the threat, with additional security measures in place for direct flights to the UK and US where necessary.

This audiobook provides clear, simple, unambiguous advice which if followed will make your journey overseas less stressful and keep you out of harms way.