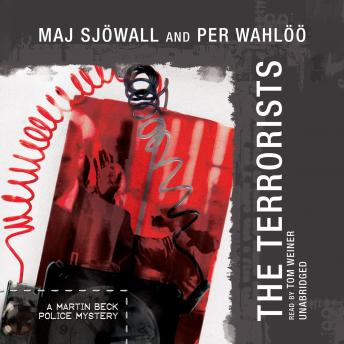 #10 of The Martin Beck Police Mysteries

The Terrorists is the last Martin Beck mystery, finished just a few weeks before Per Wahlöö’s death. The book is, in effect, a marvelous summing up of the series. The story centers on the visit of an American senator to Stockholm. Martin Beck tries to protect him from an international gang of terrorists, while they decide that Beck too should be removed from the scene. Interwoven with this basic story are two fascinating subplots. One, a classic mini-mystery, is the story of a millionaire pornographer bludgeoned to death in his own bathtub. The other is the story of a young girl, a Swedish hippie caught up unexpectedly in the maze of police bureaucracy. As in other Martin Beck books, the plot comes together in a totally unexpected climax.