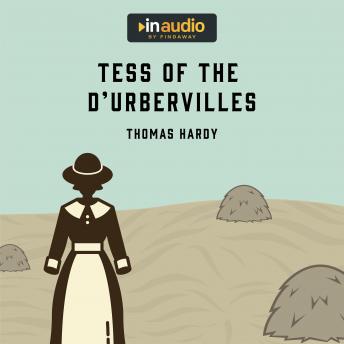 Tess of the d'Urbervilles

“The beauty or ugliness of a character lay not only in its achievements, but in its aims and impulses; its true history lay, not among things done, but among things willed.”

Tess of the d’Urbervilles is a complex and impactful novel by Thomas Hardy. The novel follows the life of Tess, the eldest child of a family who believes they have a small claim to royalty because of their family name. When misfortune hits the family, Tess takes it upon herself to seek out a wealthier relative and ask for money, but instead is taken into the service of a libertine, who takes advantage of her situation and youth. This event sets Tess’s life in a difficult and heartbreaking direction, and the rest of her life is colored by cruelties and crimes that were committed against her.

Despite countless attempts to leave her past behind and move forward in happiness, Tess’s life is ceaselessly difficult and fraught with the cruelties of men, who continue to wrong her time after time. Her life is a constant struggle between wanting to be pious but liberated, to be cared for but be independent, and to be honest but be treated as a good woman despite her past.

Tess of the d’Urbervilles is a harsh criticism of societal conventions and the treatment of women, and remains Thomas Hardy’s most well-known and revisited works. The story is tragically timeless, and remains compelling to this day.