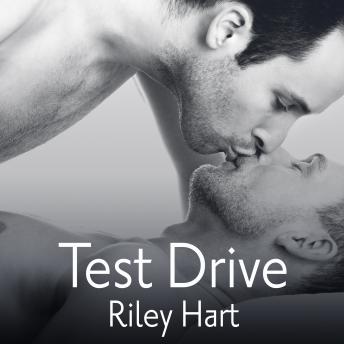 A double shot of devastating news turns Justin Evanson's life upside down. When he learns his father has cancer, and he has siblings he never knew existed, he leaves everything behind and moves to Virginia to support his dad as he tries to make amends with his family-a family Justin's not sure he has a place in. Things go from bad to worse when he discovers his recent hookup is his newfound sister's brother-in-law.

Drew Sinclair never expected to see Justin after their night at the club or to discover their family connection. If anyone found out, it would give Drew's brother another reason to hate him. But there's something about Justin that draws him in, and it's not only because they burn up the sheets together.

One meeting leads to another, and before Justin realizes it, Drew has become the only thing in his world he feels is his. And for the first time in his life, Drew knows what it means to be needed. Being there for Justin and supporting him when things spiral out of control feels right. But with so much happening so quickly, it's hard to trust their feelings. Is this thing between them real? Or just a test drive before life forces them down two separate roads?