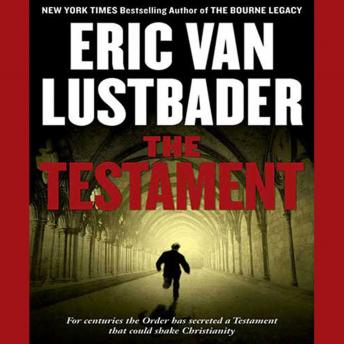 Braverman Shaw-'Bravo' to his friends-always knew his father had secrets. But not until Dexter Shaw dies does Bravo discover that his father belonged to the Order of Gnostic Observatines, a hidden sect long believed to be extinct. For centuries, the Order has guarded a lost Testament that could shake Christianity to its foundations. Dexter Shaw was the latest Keeper of the Testament-and Bravo is his chosen successor.
To find the Testament, Bravo, a medieval scholar and cryptanalyst, must follow the clues his father left behind. His companion in this quest is Jenny Logan, a woman he barely knows. Jenny is a Guardian, assigned by the Order to protect Bravo, or so she claims. Bravo soon learns that he can trust no one where the Testament is concerned, perhaps not even Jenny....