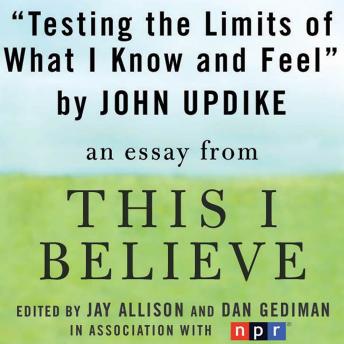 Testing the Limits of What I Know and Feel: A 'This I Believe' Essay

Pulitzer Prize-winning author John Updike comments on how writing fiction can push the writer's boundaries, in 'Testing the Limits of What I Know and Feel,' his contribution to NPR's This I Believe series.