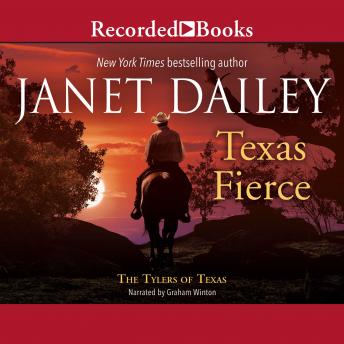 He's the prodigal son ready to claim his legacy. He came home to sell his family's failing ranch, but once twenty-year-old Bull Tyler sets foot on the Rimrock, he's determined to tame the rugged land and make it his own. First he'll have to take on the powerful Prescott clan, who'll do anything to get their hands on the Tylers' holding-even murder. Then Bull sets eyes on the breathtaking woman earmarked to be Ferg Prescott's bride. Now nothing will stop Bull from taking the land-or the lady who stirs his blood like no other-and building a dynasty worthy of both. She's the pampered beauty he won't let get away. She was born to privilege, and raised to do the right thing. But Susan Rutledge has never felt anything like the fire she feels for Bull Tyler. Yet can she defy her father's strong will and leave her secure life for a ramblin' rodeo man? She'd have to be crazy-or crazy in love. Author bio: Janet Dailey's first book was published in 1976. Since then she has written more than 100 novels and become one of the top-selling female authors in the world, with 325 million copies of her books sold in nineteen languages in ninety-eight countries. She is known for her strong, decisive characters, her extraordinary ability to recreate a time and a place, and her unerring courage to confront important, controversial issues in her stories.