The California Roll: A Novel 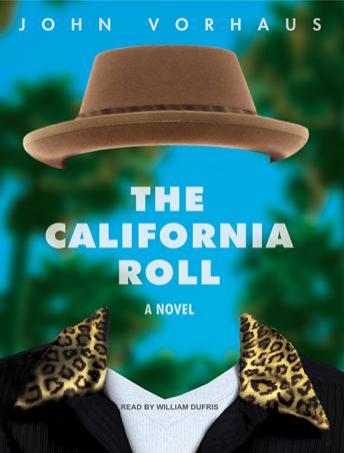 What do the Merlin Game, the Penny Skim, the Doolally Snadoodle, and the Afterparty Snuke have in common? They're all the work of world-class con artist and master bafflegabber Radar Hoverlander. Radar's been 'on the snuke' since childhood, but he's still looking for his California Roll, the one big scam that'll set him up in sushi for life.

Trouble arrives in the stunning, sassy package of Allie Quinn-either the last true innocent or a con artist so slick she makes Radar look like a Quaker. Radar's hapless sidekick, Vic Mirplo, a lovable loser who couldn't con a kid out of a candy cane, thinks Radar is being played. But if love is blind, it's also deaf, dumb, and stupid, and before Radar knows it, he's sucked into a vortex of double-, triple-, and quadruple-crosses that'll either net him his precious California Roll or put him in a hole in the ground.

As timeless as a perpetual motion machine, as timely as a Madoff arraignment, The California Roll brings you deep inside the world of con artistry, where every fact is fiction and the second liar never has a chance.