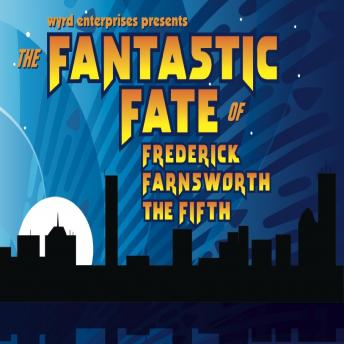 The Fantastic Fate of Frederick Farnsworth the Fifth

In a Boston much like (but not quite) our own, Frederick Farnsworth the Fifth, of the Framingham Farnsworths (and heir to the Farnsworth family fortune), hopes to marry his true love, Penelope Petersen, of the Peabody Petersens.

However, things keep getting in the way . . .

Will Fred and Penelope ever get married?

Will they survive the many perils that keep them apart?

Will you survive the comedy and thrills of their adventures?

The Fantastic Fate of Frederick Farnsworth the Fifth

This title is due for release on October 8, 2017
We'll send you an email as soon as it is available!