The History of Board Games 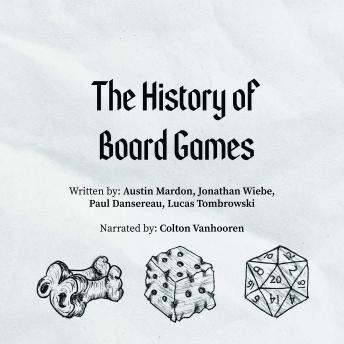 Since before the beginning of recorded history, board games have been a constant source of fascination and entertainment for human beings. From 7000-year-old bone dice and the Ancient Egyptian religious game of Senet to the spread of chess throughout medieval Eurasia, the history of board games is as sprawling, oftentimes mysterious, and complex as history itself. Though sometimes correctly characterized as meaningless fun or simple distractions, board games have also been assigned varying degrees of spiritual, cultural, and competitive importance. Often this importance can be examined not only to learn more about board games but also about the people who played them. In History of Board Games Throughout the Ages, we take a general look at the history of board games from ancient to modern times, including some of the most popular and influential board games ever played, their various roles in the societies and cultures they occupied, and the reasons why board games are so compelling and fun for us humans in the first place.

History of Board Games