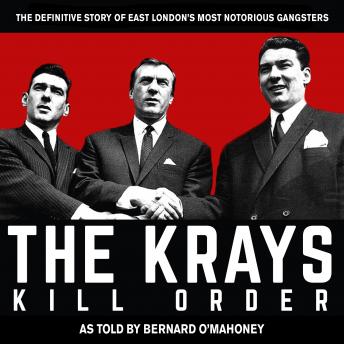 "Ronnie and Reggie Kray remain two of the most infamous criminals in British history. Legends to many, their fame was built on a fearsome reputation and almost mythical celebrity-like status, but who were the real Kray twins?

Born and brought up in the East End of London, the Krays became involved in petty crime at an early age and their dark and violent temperaments soon became apparent when Ron and Reg became embroiled in all aspects of crime including armed robbery, protection rackets and assault.
The public, however, saw them as charming nightclub owners. Their Robin Hood-like reputations were a stark contrast to their real lives. On the surface, they were mixing with celebrities and Lords, being photographed by David Bailey and enjoying the thrills of the swinging sixties but behind closed doors they were leading sordid personal lives and orchestrating heinous crimes such as the 'disappearance' of Frank Mitchell and the brutal murders of Jack 'The Hat' McVitie and George Cornell.

Public opinion was split but how were the twins viewed by their contemporaries? This is the inside story of the Krays, told by the people who stood by their side for all those years.

This title is due for release on December 14, 2018
We'll send you an email as soon as it is available!