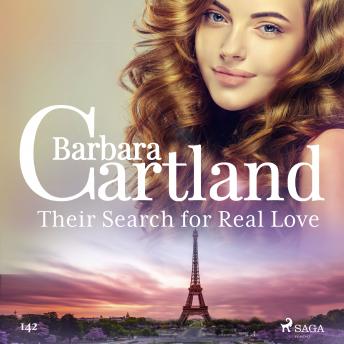 Sir John Gilmour has received a letter from his old friend Gavron Murillo, who lives in Paris to say that he only has a very short time to live and wants to see him urgently before he dies. Gavron, who was of Oriental appearance and a very rich man, had helped Sir John and his father with their finances when they had been almost on the point of bankruptcy and he had made them very wealthy. When Sir John arrives at Gavron’s bedside, the old man tells him that his dying wish is that he should marry his daughter, the beautiful Melita. Sir John feels that he cannot refuse the old man after all he had done for him and his father, although he is extremely surprised as he had no idea that Gavron had ever married. Melita, who had been living in a Convent in Thailand after her mother had died giving birth to her, is notified to travel to Paris immediately. When Sir John meets her and tells her what he had promised her father, Melita says that she only wants to marry for love. It is then agreed that they will pretend to their families that they have been married quietly and secretly in Paris while they attempt to find real love with someone else. When they finally return to England and go to live in Sir John’s enchanting house in the country, Melita is very happy. Then it is reported in the newspapers that she and Sir John have inherited all Gavron’s vast amount of money and estates. How Melita is kidnapped. How Sir John is blackmailed by the kidnappers and suffers the agony of trying to find and rescue her. And how in the end they both find real love, which is not very far away from them, is all told in this romantic and exciting story by BARBARA CARTLAND.
-
Barbara Cartland was the world’s most prolific novelist who wrote an amazing 723 books in her lifetime, of which no less than 644 were romantic novels with worldwide sales of over 1 billion copies and her books were translated into 36 different languages. As well as romantic novels, she wrote historical biographies, 6 autobiographies, theatrical plays and books of advice on life, love, vitamins and cookery. She wrote her first book at the age of 21 and it was called Jigsaw. It became an immediate bestseller and sold 100,000 copies in hardback in England and all over Europe in translation. Between the ages of 77 and 97 she increased her output and wrote an incredible 400 romances as the demand for her romances was so strong all over the world. She wrote her last book at the age of 97 and it was entitled perhaps prophetically The Way to Heaven. Her books have always been immensely popular in the United States where in 1976 her current books were at numbers 1 & 2 in the B. Dalton bestsellers list, a feat never achieved before or since by any author. Barbara Cartland became a legend in her own lifetime and will be best remembered for her wonderful romantic novels so loved by her millions of readers throughout the world, who have always collected her books to read again and again, especially when they feel miserable or depressed. Her books will always be treasured for their moral message, her pure and innocent heroines, her handsome and dashing heroes, her blissful happy endings and above all for her belief that the power of love is more important than anything else in everyone’s life.

This title is due for release on November 23, 2020
We'll send you an email as soon as it is available!