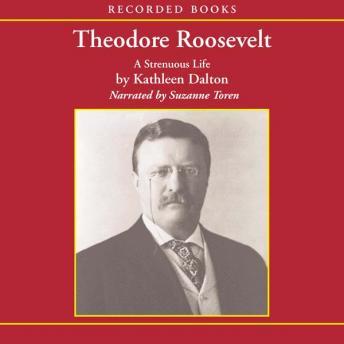 Kathleen Dalton's Theodore Roosevelt: A Strenuous Life incorporates the latest scholarship into a vigorous narrative. It stands as the only full-length biography to use manuscripts recently discovered in Roosevelt attics. Dalton sheds new light on young Theodore's life during the Civil War and his fascination with the new natural history, his shame over his father's failure to enlist in the Union army, his struggle to achieve manhood, and his desperate pursuit of and sometimes less than idyllic marriage to Alice Hathaway Lee, the daughter of a banking magnate, when she was seventeen. Her death four years later left Roosevelt a grieving widower and father at twenty-six, and he went west to make himself a cowboy and western writer before he could recommit himself to a new life and a new love in the East.