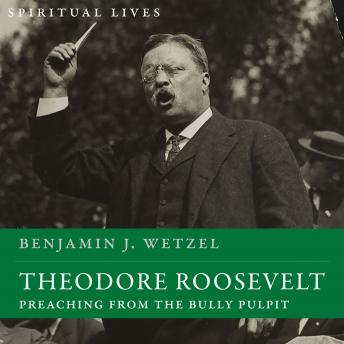 Theodore Roosevelt is well-known as a rancher, hunter, naturalist, soldier, historian, explorer, and statesman. His visage is etched on Mount Rushmore-alongside George Washington, Thomas Jefferson, and Abraham Lincoln-as a symbol of his vast and consequential legacy. While Roosevelt's life has been written about from many angles, no modern book probes deeply into his engagement with religious beliefs, practices, and controversies despite his lifelong church attendance and commentary on religious issues. Theodore Roosevelt: Preaching from the Bully Pulpit traces Roosevelt's personal religious odyssey from youthful faith and pious devotion to a sincere but more detached adult faith.

Benjamin J. Wetzel presents the president as a champion of the separation of church and state, a defender of religious ecumenism, and a 'preacher' who used his 'bully pulpit' to preach morality using the language of the King James Bible. Contextualizing Roosevelt in the American religious world of the late nineteenth and early twentieth centuries, Wetzel shows how religious groups interpreted the famous Rough Rider and how he catered to, rebuked, and interacted with various religious constituencies. Based in large part on personal correspondence and unpublished archival materials, this book offers a new interpretation of an extremely significant historical figure.