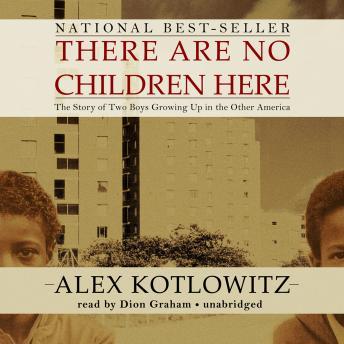 There Are No Children Here: The Story of Two Boys Growing Up in the Other America

This national bestseller chronicles the true story of two brothers coming of age in the Henry Horner public housing complex in Chicago. Lafeyette and Pharoah Rivers are eleven and nine years old when the story begins in the summer of 1987. Living with their mother and six siblings, they struggle against grinding poverty, gun violence, gang influences, overzealous police officers, and overburdened and neglectful bureaucracies.
Immersed in their lives for two years, Kotlowitz brings us this classic rendering of growing up poor in America’s cities. There Are No Children Here was selected by the New York Public Library as one of the 150 most important books of the twentieth century. It was later made into a television movie for ABC, produced by and starring Oprah Winfrey.

There Are No Children Here: The Story of Two Boys Growing Up in the Other America