There Are Worse Things I Could Do 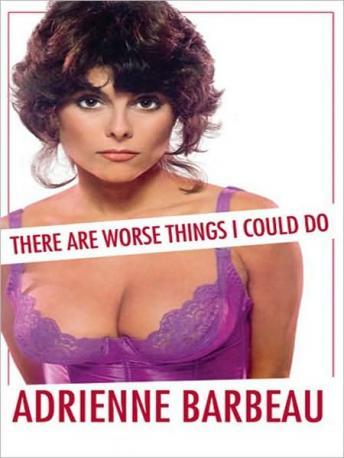 Adrienne Barbeau never set out to be a sex symbol and she never planned on giving birth to twins when she was 51 but both those stories and a lot more are detailed in this witty, revealing memoir. From her early years as one of the first Go-Go girls in New York ("No one said Mafia out loud in those days. There was always the fear you wouldn't live to say anything else.") to starring on Broadway in Grease ("Alexander Cohen swore the only way we'd win a Tony was over his dead body") Adrienne tells tales about her two hit television series (Maude and Carnivale), her many television and feature films (The Fog, Escape From New York, Cannonball Run, Swamp Thing, Creepshow), and her singing career ("Doc Severinson and the band had been in the audience during my nude foray off-Broadway in Stag Movie").  With humour and fearlessness, she shares her romance with a superstar, her marriage to a famous film director, her marriage to a much younger man and her successful battle with infertility.

There Are Worse Things I Could Do