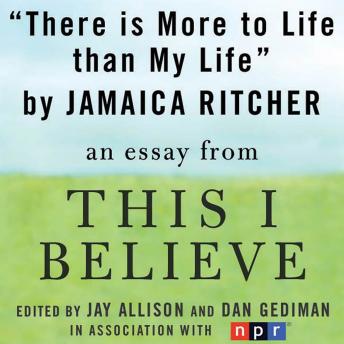 There is More to Life than Life: A 'This I Believe' Essay

A daughter's question about their dead cat leads Jamaica Ritcher to realize her beliefs, in 'There Is More to Life Than My Life,' her contribution to NPR’s This I Believe series.