There is Such a Thing as Truth: A 'This I Believe' Essay 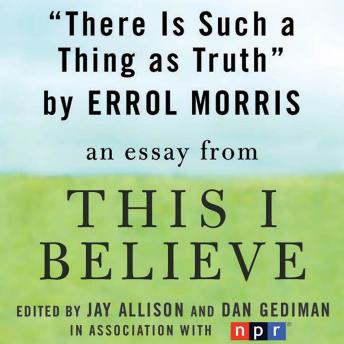 Filmmaker Errol Morris contemplates the lengths people may go to uncover--or deny--the facts in 'There Is Such a Thing as Truth,' his contribution to NPR's This I Believe series.

There is Such a Thing as Truth: A 'This I Believe' Essay