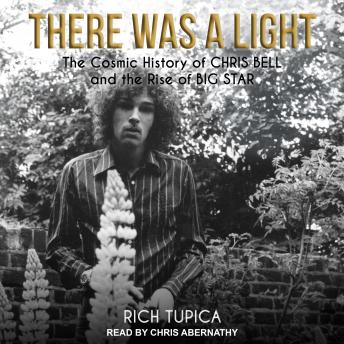 There Was A Light: The Cosmic History of Chris Bell and the Rise of Big Star

There Was A Light details the pop culture phenomenon that made Big Star legendary and divulges how its staunch fanbase saved the band from obscurity.

With Chris Bell at the center of the Big Star universe, this book carefully reveals the production of the band's masterful 1972 debut LP, #1 Record, for Ardent/Stax Records. Despite stellar reviews, the record suffered abysmal sales. Soon after, toxic personality conflicts and turmoil tore the band apart while Bell battled drug abuse and depression. There Was A Light then delves into Big Star's second and third albums, while recounting Bell's second act as a struggling solo musician and born-again Christian. During several trips to Europe, he produced ambitious recordings and pitched himself to record labels-even crossing paths with Paul McCartney. From this fertile era arose Bell's lone solo album, the posthumously released I Am the Cosmos-his swan song and masterpiece.

There Was A Light: The Cosmic History of Chris Bell and the Rise of Big Star