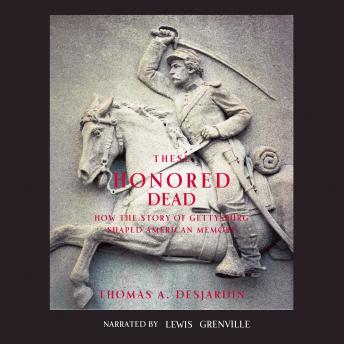 Written By: Thomas A. Desjardin

Ever since the guns fell silent in July 1863, the Battle of Gettysburg has emerged as the defining conflict in our nation's history. American memory has established Gettysburg as the most important, most heroic, most savage battle this nation has ever fought. It has become our Waterloo, our battle of Marathon, our siege of Troy. In this riveting historical reappraisal, esteemed Civil War historian, Thomas A. Desjardin, sets out to examine the truth behind the myth by probing how this battle became legend in American hearts and minds. What emerges from Desjardin's research is a fascinating biography of a story-the story of Gettysburg-as he highlights how flawed our knowledge of this enormous event is, and how Americans have fashioned the battle as a reflection of, and testimony to, our culture and our nation.

by Thomas A. Desjardin