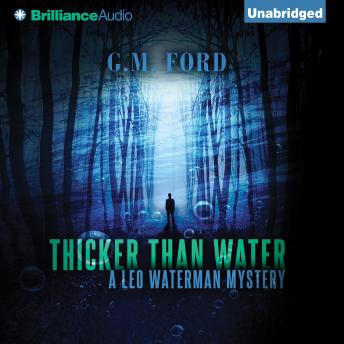 Hard living collects its fair share of casualties, but somehow Leo Waterman avoided becoming one of them. Destined for a trust fund that was taking too damn long to kick in, he spent years eking out a living in Seattle as a private investigator. Along the way he managed to survive countless run-ins with murderers, drug dealers, and jealous wives. But when Rebecca, the love of his life, dumped him to marry someone else…that was a different story. Still, he took it like a man, eventually collecting his family money and slipping into semi- retirement—until the day an unwelcome visitor brings him the worst possible news. Rebecca has vanished and no one, not even her manipulative, overprotective mother, can find a trace of her. Together with his band of informers and sidekicks (in truth a rather motley crew of homeless drunks and reprobates), Leo wades back into the game, determined to save Rebecca once and for all. But her trail is a twisted one, thick with deception and depravity that winds from the rain-swept streets of Seattle to the murky depths of the great North Woods. The stink of it all seems to emanate from none other than Rebecca’s new husband, Brett Ward, whose tangle of lies will cast Leo into the path of a ruthless gang that will stop at nothing—not even murder—to protect what’s theirs.