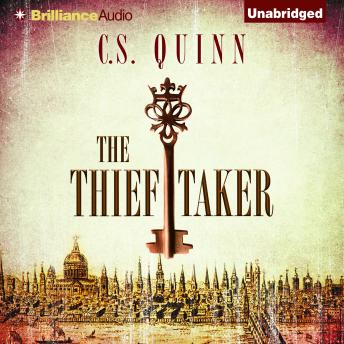 The year is 1665. Black Death ravages London. A killer stalks the streets in a plague doctor’s hood and mask... When a girl is gruesomely murdered, thief taker Charlie Tuesday reluctantly agrees to take on the case. But the horrific remains tell him this is no isolated death. The killer’s mad appetites are part of a master plan that could destroy London – and reveal the dark secrets of Charlie’s own past. Now the thief taker must find this murderous mastermind before the plague obliterates the evidence street by street. This terrifying pursuit will take Charlie deep into the black underbelly of old London, where alchemy, witchcraft and blood-spells collide. In a city drowned in darkness, death could be the most powerful magic of all.