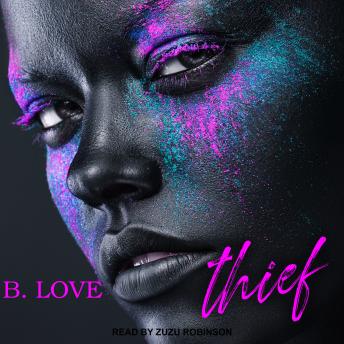 Written By: B. Love

Luca Kareem and Riana Santee made an exchange a little over eight years ago-a heart for a heart.

Riana had no problem relinquishing her heart to Luca, but Luca preferred spreading his love and his body thinly to almost every attractive woman he came in contact with. After a year of warring for a place in his heart, Riana finally gives up, but when Luca leaves her, he takes her heart with him.

Riana Santee and Herbert Jacks made an exchange a little under seven years ago-a life for a life.

Herbert had no problem saving Riana's life, knowing that one day, she'd be able to return the favor in the most lethal way. She'd become a heartless, emotionally detached hit-woman, stealing the hearts of men on her path just for fun. It's when Riana chooses to leave her life of crime that Herbert decides to cash in on that last lethal favor.

When Luca and Riana's paths cross again, Riana has the opportunity to not only reclaim her heart but stop Luca's as well. Will Riana finally receive her revenge, or will she end up losing more than she ever thought was possible because of her love for Luca Kareem?