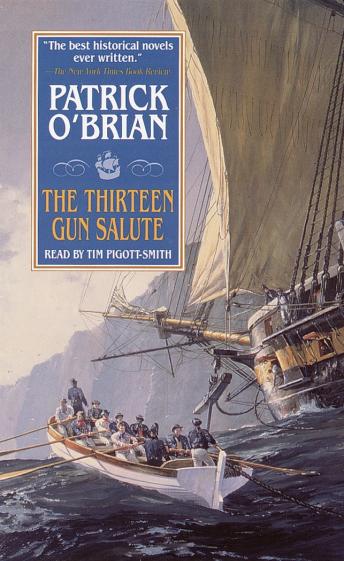 The 13th installment in the Aubrey/Maturin series.

Captain Jack Aubrey sets sail for the South China Sea with a new lease on life. Following his dismissal from the Royal Navy (on a false accusation), he has earned reinstatement through his daring exploits as a privateer, brilliantly chronicled in The Letter of Marque. Now he is to shepherd Stephen Maturin–his friend, ship’s surgeon and sometimes intelligence agent–on a diplomatic mission to prevent between Bonaparte and the Malay princes which would put English merchant shipping at risk.

The journey of the Diane encompasses a great and satisfying diversity of adventures. Maturin climbs the Thousand Steps of the sacred crater of the orangutans; a killer typhoon catches Aubrey and his crew trying to work the Diane off a reef; and in the barbaric court of Pulo Prabang a classic duel of intelligence agents unfolds: the French envoys, well entrenched in the Sultan’s good graces, against the savage cunning of Stephen Maturin.

“O’Brian infuses his novels with so much energy, texture and drollery that it’s easy to be swept along for the voyage. Add to this the superb reading of actor Tim Pigott-Smith and you have something approaching audiobook heaven.”

This title is due for release on June 5, 2001
We'll send you an email as soon as it is available!