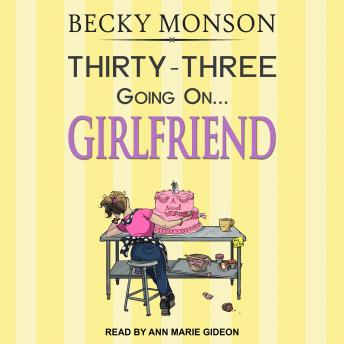 Julia Dorning thought she would die a lonely spinster. That was until nine months ago, when her world was turned upside down. Now she's got a dream career as a bakery owner, and a relationship with handsome Jared Moody-a life she never thought possible.

Just as she's starting to feel comfortable in her new life, Julia is invited to battle it out on national television making cupcakes. An amazing opportunity, if she can muster up the confidence to do it, that is. Then, out of the blue, Jared goes and throws a rather large wrench in their relationship, causing Julia to have to make some big decisions. With her two trusted confidants off in wedding la la land, Julia is on her own to figure everything out.

Left to her own devices, will Julia be able to work things out for herself? Or will she make a disaster of it all?