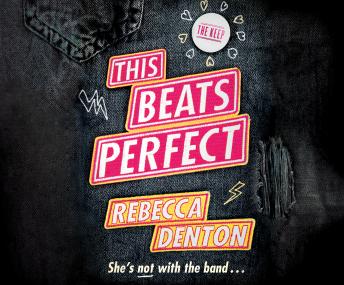 Amelie Ayres has impeccable taste in music. Bowie. Bush. Bob. So when she finds herself backstage at The Keep's only UK gig, she expects to hate it; after all, they are the world's most tragic band. In fact, she feels a grudging respect-not (obviously) for their music, but for the work that goes into making them megastars. And when the lead singer, Maxx, is not dressed up as a cross between Elvis and a My Little Pony, he is actually rather normal, talented, and has creative struggles not too dissimilar to her own. But the next morning she wakes up, rolls over, and discovers a million new mentions on social media. Overnight, a photo of her backstage has made her the subject of global speculation. Suddenly the world needs to know who that girl is-but for all the wrong reasons. All Amelie wants is to play her music. She's got the guitar, the songs, the soul, and, in the safety of her bedroom, the voice. But when it comes to getting up on stage, she struggles with self-doubt.