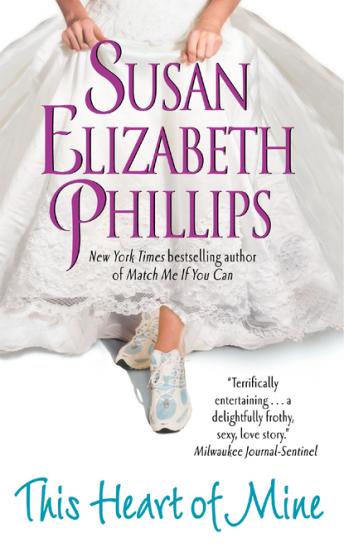 This Heart of Mine

New York Times bestselling author Susan Elizabeth Phillips magic is vibrantly alive, and it's on display in This Heart of Mine, the fifth book in her wildly popular Chicago Stars series!

Molly Somerville loves her career as the creator of the Daphne the Bunny children's book series, but the rest of her life could use some improvement. She has a reputation for trouble that started even before she gave away her fifteen-million-dollar inheritance. Then there's her long-term crush on the quarterback for the Chicago Stars football team her sister owns—that awful, gorgeous Kevin Tucker, a man who can't even remember Molly's name!

One night Kevin barges into Molly's not-quite-perfect life and turns it upside down. Unfortunately, the Ferrari-driving riving, poodle-hating jock isn't as shallow as she wishes he were, and she soon finds herself at a place called Wind Lake. Surrounded by paintbox cottages, including a charming old bed-and-breakfast, Molly and Kevin battle their attraction and each other as they face one of life's most important lessons. Sometimes love hurts, sometimes it makes you mad as hell, and sometimes—if you're lucky—it can heal in a most unexpected way.

This Heart of Mine