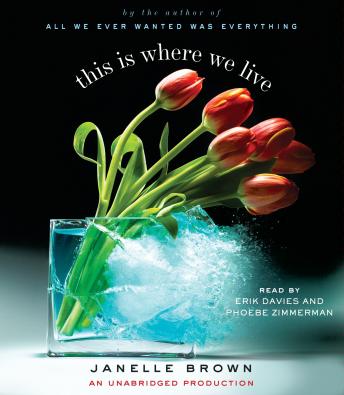 This is Where We Live: A Novel

This Is Where We Live tells the story of Claudia and Jeremy, a young married couple (she’s an aspiring filmmaker, he’s an indie musician) who are on the verge of making it. Her first film was a sensation at Sundance and is about to have its theatrical release, he’s assembled a new band and is a few songs shy of an album. They’ve recently purchased their first home—an adorable mid-century bungalow with a breathtaking view of the city of Los Angeles—with the magical assistance of an adjustable-rate mortgage. But a series of seismic events—the tanking of Claudia’s film, the return of Jeremy’s ex-girlfriend, and the staggering adjustment of their monthly mortgage payments—deal a crushing blow to their dreams of the bohemian life and their professional aspirations and make them question their values and their shared vision of the future.

This Is Where We Live is a novel about the crucible of this economic moment—the way these times play with our hopes, compel us to reckon with our ambition, test our capacity for reinvention, and ask us to question the very things we love.

This is Where We Live: A Novel