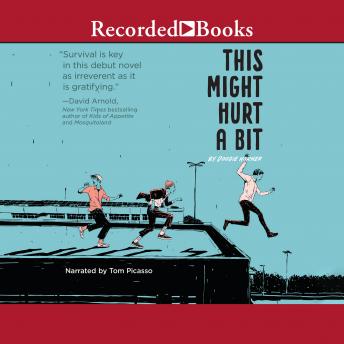 A grieving teen faces dangerous classmates, reckless friends, and the one-year anniversary of his sister's devastating death in this poignant, quirky, often humorous novel that's perfect for fans of Jeff Zentner and Brendan Kiely. Kirby Burns is about to have the second worst day of his life. Tomorrow is the one-year anniversary of the worst day of his life, and in the three hundred and sixty-four days since then he hasn't stopped running: from his family, his memories, and the horse-sized farm dogs that chase him to the bus stop every morning. But he can't run forever, and as This Might Hurt a Bit begins, Kirby and his friends PJ and Jake sneak out of his house to play a prank whose consequences follow them to school the next day, causing a chain reaction of mayhem and disaster. It's a story that's touching and funny, an authentic meditation on the pain of loss, and the challenge of getting paint to stick to cows