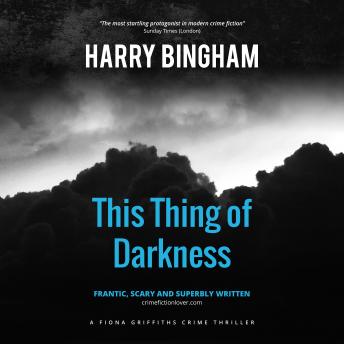 This Thing of Darkness

A hanged man, a stolen painting, an impossible crime
A marine engineer is found hanged in a locked apartment. Some artwork is stolen, then mysteriously returned. A security guard is found dead at the base of a Welsh cliff.
When Fiona Griffiths is tasked to look through a stackload of cold cases, her bosses don't expect her to find anything of interest. But then she finds that an impossible robbery really happened. That a nailed-on suicide was anything but. That the dead security guard was almost certainly murdered.
Before long, Fiona is embroiled in what will become the toughest case of her career so far - one that forces her to enter the heart of darkness, and a journey that will test her mental toughness to its very limits.
This international smash hit murder mystery series is ideal for fans of Stieg Larsson, Gillian Flynn, Tana French ... and for anyone at all who loves their crime noir and their female protagonists strong, brave and smart.

This Thing of Darkness