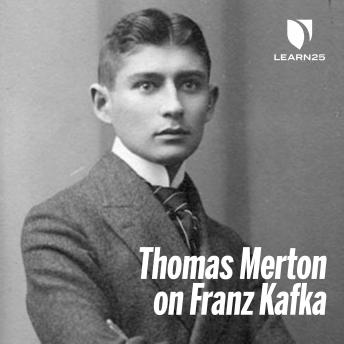 What is the function of the contemplative in the modern world?

This question lies at the root of Thomas Merton’s extended contemplation of Franz Kafka’s dystopian novel, The Castle. A hugely influential writer from the 20th century, Kafka (1883 - 1924) was a German-speaking Jew born in Prague. His fiction - especially his 1915 novella The Metamorphosis, in which the protagonist finds himself transformed into an insect - is so well known for its absurd and existential themes that the style has become synonymous with his name: Kafkaesque.

Now, you have the rare opportunity to hear Merton - the English professor-turned-monk and a literary genius in his own right - discuss The Castle as a metaphor for the monastic life. Originally recorded in 1967 and newly remastered to enhance your listening experience, this audio set collects four talks on Kafka that Merton delivered during the month of June.

Ranging from essayistic reflections on The Castle to more off-the-cuff discussions of Albert Camus’s The Plague, these archival recordings are a mixture of spoken journal entries and other trains of thought. Each talk invites you into Merton’s close confidence.

You will also hear Merton develop fascinating arguments around Brian Wicker’s 1966 “Secular Christianity”, Interreligious dialogue and monastic reform, The idea of being “imprisoned”, Virginity, Existentialism with respect to faith, and Kafka’s rejection of Jewish law

Bookworms and fans of Merton alike will find that Merton can zap the stalest subjects into the most erudite discourses. Hear one great literary mind on another.