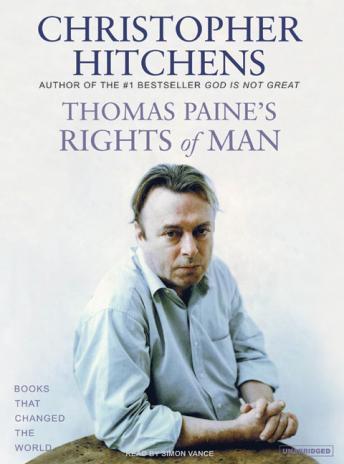 Thomas Paine is one of the greatest political propagandists in history. The Rights of Man, first published in 1791, is the key to his reputation. Inspired by his outrage at Edmund Burke's attack on the uprising of the French people, Paine's text is a passionate defense of the rights of man. Paine argued against monarchy and outlined the elements of a successful republic, including public education, pensions, and relief of the poor and unemployed, all financed by income tax.

Since its publication, The Rights of Man has been celebrated, criticized, maligned, and suppressed. But here, commentator Christopher Hitchens, Paine's natural heir, marvels at its forethought and revels in its contentiousness. Above all, he shows how Thomas Paine's Rights of Man forms the philosophical cornerstone of the world's most powerful republic: the United States of America.

This title is due for release on September 15, 2007
We'll send you an email as soon as it is available!