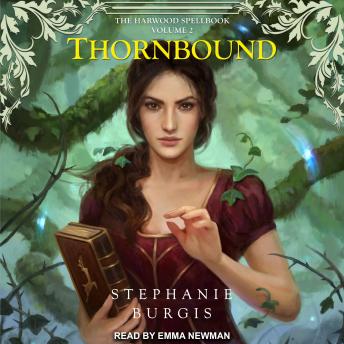 Cassandra Harwood scandalized her nation when she became the first woman magician in Angland. Now, she's ready to teach a whole new generation of bright young women at her radical new school, the Thornfell College of Magic . . .

Until a sinister fey altar is discovered in the school library, the ruling Boudiccate sends a delegation to shut down Thornfell, and Cassandra's own husband is torn away from her.

As malevolent vines slither in from the forest and ruthless politicians scheme against her, Cassandra must fight the greatest battle of her life to save her love, her school, and the future of the young women of Angland.