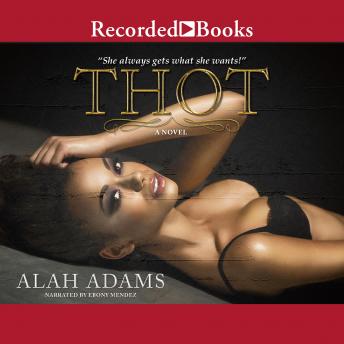 Games are only fun until the cops get involved. Then, they're exhilarating. Chasity is a self-proclaimed THOT. The Internet is her chessboard and other men's money are the kings she so terribly loves to capture. It was never a big deal, nor was it ever complicated for Chasity. Find lonely men, exchange a couple favors, and walk away a wealthier woman. She never anticipated meeting someone quite like Vinnie, owner of a surprisingly successful construction company. Vinnie played her games like any other man, except the funds never stopped coming. Then, Vinnie offered Chasity the deal of a lifetime: she'd never worry or want for anything ever again in return for one, simple request. Stop being a THOT and commit to only him. Except it wasn't that simple. For the first time in Chasity's life, she had met someone, someone who made her feel things she'd never experienced for a man before: love. She was in love with Torian, a pretty boy from the hood with lots of game. Upon an instantaneous connection, Torian was her match, her mirror self. He was the male version of a THOT, and that felt like home. Chasity did what she does best: she deceived everyone, but things never go according to plan when you're playing with real people. A double homicide later and the Detectives are asking questions. Intriguing facts about Vinnie's not-so-innocent money comes into play. Turns out, the Detectives aren't the most dangerous people asking Chasity questions Vinnie's money. Money that only Chasity knows its whereabouts.