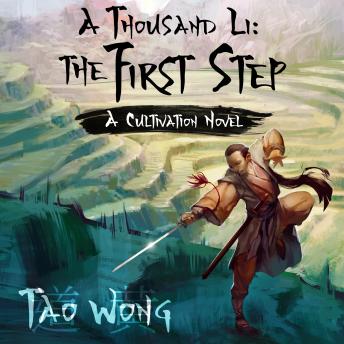 A Thousand Li: The First Step: A Cultivation Novel

Long Wu Ying never expected to join a Sect or become a real cultivator. His days were spent studying, planting rice on the family farm and spending time with his friends. Fate, however, has different plans for Wu Ying and when the army arrives at his village, he and many other members of the village are conscripted. Given the opportunity to join the Verdant Green Waters Sect, Wu Ying must decide between his pedestrian, common life and the exciting, blood soaked life of a cultivator.

Join Wu Ying as he takes his first step on his Thousand Li journey to become an immortal cultivator.