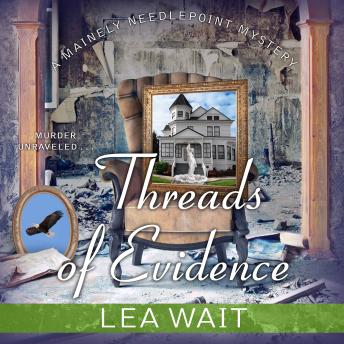 Angie Curtis and the Mainely Needlepointers are all too familiar with the Gardener estate. The crumbling Victorian mansion, known as 'Aurora,' has been sitting vacant for nearly twenty-five years-and some say that it's haunted by the ghost of Jasmine Gardener, the teenage girl who died there in 1970 under mysterious circumstances.

Harbor Haven is abuzz with excitement when Hollywood actress Skye West decides to buy Aurora and sell off its furnishings. And Angie is intrigued when Skye asks her to appraise the estate's sizable collection of needlepoint pictures. But the more she examines the pieces, the more they seem to point toward Jasmine's murder-and the murderer-and it's up to Angie to stitch the clues together.